Introduced in 1941, General Valve Twin Seal Valves, were the first to meet the rigid requirements of double block & bleed service – more than 68 years ago. In the years since, subtle yet significant design refinements have been made to improve the valve’s performance. Superior design innovations, pride in manufacturing workmanship and the selection of the best materials (we work with one of the top industrial rubber supplier companies), support Cameron’s commitment to excellence and complete customer satisfaction. The General Valve Twin Seal Valve replaces this antiquated two-valve system with just one double seated bubble-tight valve. The upstream and downstream seals provide the same function as the two block valves. The body (serving as a spool piece) bleed verifies seal integrity.

Scored seating segments
Seal abrasion is inherent in the design of most ball and gate valves. In most instances, the seats are ground or wedged against metal every time the valve cycles. Any foreign material lodged between the seats and ball or gate will score the seating surfaces. Once the seating segment is scored, product loss and contamination results. The General Valve Twin Seal Valve avoids abrasion by having both independent slips totally retracted from the body bore during cycling.

General Valve Twin Seal Valve Advantages
In meter block service, the differential pressure across each closed valve is very low. There is no assistance required from the line pressure to “energize” or compress floating seals to make them hold tight. Unless the body cavity in a ball valve is vented, the seals typically rely on springs to press them against the ball. The ball valve may be leaking until the user opens the bleed. Then the reduction of the body pressure introduces a hydraulic force on the seat that may stop the leak. The user can form a false impression that the ball valve is holding tight, when in reality, it leaks.
In contrast, the mechanical wedge-action of the General Valve Twin Seal Valve plug compresses both the upstream and the downstream seals firmly against the valve body, needing no help from the line pressure. General Valve Twin Seal Valves hold with consistent zero-leakage.

Tank Storage Isolation
Fuel in storage tanks is exposed to the risk of contamination and loss of volume unless the tank isolation valves can be checked for zero leakage. Tank side valves are operated frequently, but assuring tank integrity without twin seal can be troublesome and expensive. Using line blinds (or skillet plates) for segregation involves a long, costly and perhaps hazardous operation of drain down, lock-out and tag-out.
Traditional gate valve double block & bleed may produce loss of fuel from the open bleed. General Valve Twin Seal Valves offer simple, provable, tank-side isolation. There is an assurance of valve integrity.

Hydrant Isolation
Fuel hydrants at busy airports must be regularly pressure tested to check the integrity of the pipes, flanges and gaskets. But the only time this inspection can be performed is in the few hours each night when the airport is closed.
On some occasions, sections of the hydrant must be isolated for extension, modification or repair. Or, it may become necessary to isolate section by section to find the location of a leak. Generally speaking airports don’t have the time to drain fuel from the lines or to swing line blinds for traditional line block, but the entire hydrant must be isolated and pressurized to prove that it is safe.

General Valve Twin Seal Valves are the recognized Hydrant Valves for airport service because:
– They close quickly and easily
– They require very little maintenance
– They hold with zero-leakage
– They hold a verifiable bubble tight seal
The hydrant pressure-test can begin as soon as the valves are closed, since the TWIN SEAL valves ensure that the hydrant is isolated.

Loading / Unloading
Fuel loading / unloading may require hundreds of open / close strokes of the connection valves every day. The valves typically operate against full pump pressure on every stroke, and they must close without leakage.
Safety and environmental concerns demand that the fuel is absolutely and totally contained within the pipe, yet the valves must operate quickly and easily. General Valve Twin Seal Valves have two resilient seals that fully retract from their seated position without any seal rubbing even at full differential pressure. Plug turning is effortless and slam-proof!

Fuel Loading Hazards are Eliminated
Countless loading facilities depend on General Valve Twin Seal Valves for safe, reliable, zero-leakage shut-off at rail, truck and ship load manifolds. From Alaska to Argentina; from Sidney to Sicily; from New York to New Zealand, fuel movement managers have discovered General Valve Twin Seal Valves are the valves they can trust to deliver real dependability at their loading manifolds. 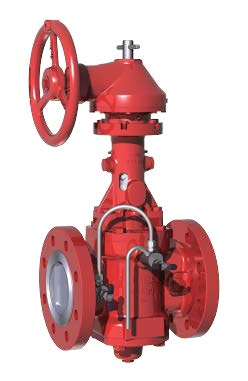